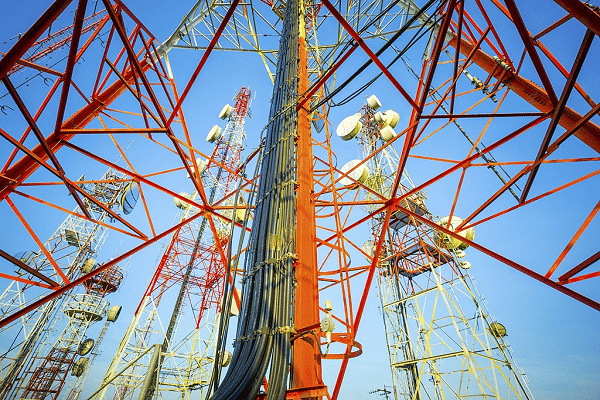 What Is EMF (Electromagnetic Field)

Electro Magnetic Field (EMF) Radiations are high levels of hazardous radiations emitted from magnetic and radioactive fields into the atmosphere. Recently, their source has been from the proliferation of GSM phone usage, Towers and Base Stations etc. Other sources are microwave fields and medical equipment that generate high content magnetic rays.

The GSM substations are believed to emit these Electromagnetic Field rays into the atmosphere. Study shows that exposure to these rays could cause a whole lot of health hazards. Adults still have a high measure of resistance but children are very vulnerable. Thus, it is advised that children should be kept away from these radiations to avoid the impending hazards

Telephony started with the use of large fixed phones that are kept in the offices or houses. With the quest for a system of mobile communications, further technological development introduced the use of mobile or cell phones. The advent of mobile phones saw the use of huge mobile hand-held devices that where fashionable at the time but very laughable today. With further development into something more adaptable, the sleek looking handsets were introduced with a constant improvement on what existed.

It first started with the CDMA models and later developed into GSM phones that could only make and receive calls and send SMS. With the advancement in technology, GSM phones have developed into versatile multimedia smart phones and have covered about 97% of global use.  However, the development has also come with a little taste of hazards that has generated concern from policy makers and concerned citizens, the World Health Organization (WHO) inclusive.

Children are the most affected by EMF (Electromagnetic Field) radiations. As a result, parents are always advised to protect their wards from direct exposure to Electromagnetic Field Radiations. It is also very important to note that the level of harm done to the child’s brain is proportional to the age of the child. Fetus and infants are more vulnerable from research findings.

Another major cause of the quick damage to the brain of the infant is the size of the head. The head of an infant is still in the developmental stage. It is partially soft (fragile), with tissues that are still forming, it is small in nature, thus allowing quick access to the brain center. Also, with the developing follicles of the ear, greater damage is done to the child without much resistance.

Every parent thrives to ensure that their wards are in a state of wellbeing. A healthy child is every parent’s priority; as a result, precautions are needed to keep the child from possible dangers and known hazards like exposure to Electromagnetic Field Radiations.

Well-being Of The Child

The child needs our utmost care and attention. The child is like a property that we need to tend and protect until he or she is able to take good care of himself or better still being responsible for himself.

The record of patients suffering from cancer has been on the increase recently. But the fear or worrisome part of it is the record of children suffering from the scourge. Cancer attacks different parts of the human system as a result of different levels of exposures and activities. Children do not have a choice as to where they will be at a particular time except they are taken to such places by their parents and guidance.

On this note, it has come to be a thing of concern especially to the World Health Organization (WHO) on measures to curb these occurrences. Parents are therefore advised to be cautious of where they take their children to. Avoid high risk areas; limit the exposure of your wards to cell phone and its accessories to free your children from infant cancer. It could be brain cancer, ear cancer, or even blood cancer.

Health disease used to be a sickness for the elderly, but with the advancement in technology and scientific discoveries, children have joined adults in this great ravaging scourge. It is not unusual to find a child diagnosed of heart disease. It could be in the rhythm of the hearth beat, a hole in the heart or any other kind of tumor. These are associated with exposure to Electromagnetic Field Radiations

Prevention is said to be the best method of avoiding the health risks associated with Electromagnetic Field Radiations. However, is near impossible to have a total avoidance of contact with these radiations. This is as a result of the wide level of coverage of GSM use globally. The reduction or prevention methods are not rigid and are very easy to comply with. Below is a list of some:

10 Must Have Essential Oils For Parents